As a part of The 3rd?Silk Road (Dunhuang) International Cultural Expo, the concert was jointly held by Tencent, QQ Music, Dunhuang Academy, and Shanghai Conservatory of Music. At the concert, the “digital supporters of Dunhuang” composed of music stars, including Gong Linna, Shang Wenjie and pop duo Good Meimei, and music composers—winners in the contest on “New Composition of Ancient Dunhuang Music”, performed the original music with inspirations from Dunhuang culture. 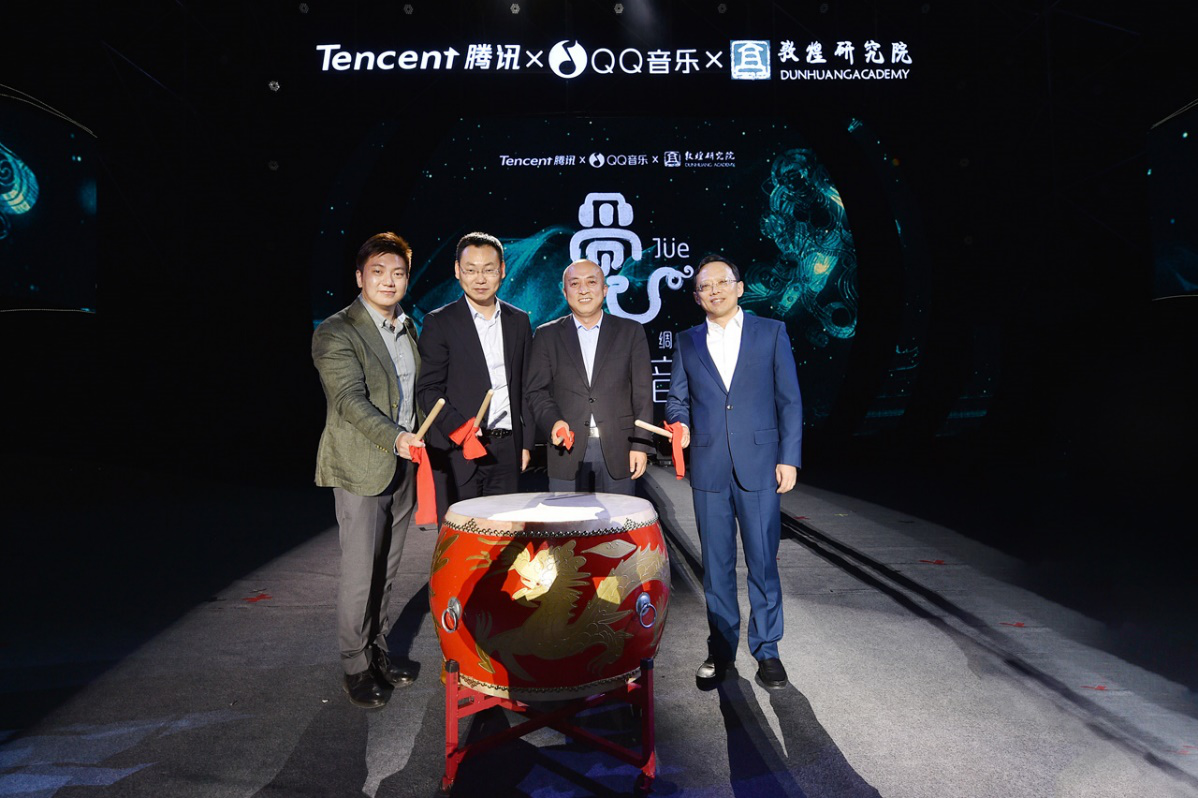 The concept of “digital supporter” originated from the “supporters” of the Mogao Grottos at Dunhuang. More than 1,650 years ago, some people along the Silk Road funded the establishment of these caves to seek for protection and guidance. These people were known as “supporters of the Mogao Grottos”. In June this year, Tencent and Dunhuang Academy launched the program of “Digital Supporters of Dunhuang”. The users could click on the creative videos on the H5 pages on their mobile phones and have the chance to obtain the “smart tips”. These tips are ba

Tencent’s “King of Glory” displayed its new visual effects package featuring the flying Apsaras in the Dunhuang Grotto murals, which was designed together with Dunhuang Academy, integrating the elements of the Dunhuang culture in the concept of creation, colors, hairstyles, makeup, costumes, and even musical instruments. In an attempt to reproduce as?authentic as possible the images of flying Apsaras?during the Sui and Tang dynasties depicted in the Dunhuang Grotto muruals, the visual effects showcases the artistic beauty of the Dunhuang culture, in the hope of enlisting the pla

The Dunhuang Academy, QQ Music and Shanghai Conservatory of Music jointly initiated the contest on “New Composition of Ancient Dunhuang Music” to collect outstanding music created by the young generation on the basis of the Dunhuang cultural elements. Tencent Map developed a smart navigation map of the Mogo Grottoes, providing visitors with services of hand-painted map, recommended routes, search for facilities, among others, through mini-programs. It helps visitors fully explore the grottos and other attractions, while acquiring a better understanding of the Dunhuang culture. Tencent “Digital Global Museum” applies the image recognition technology to better interpret the knowledge about the grottos and murals in combination with the digital achievements of the Dunhuang Academy.

It’s reported that the “digital supporter” program jointly developed by Tencent?and the Dunhuang?Academy will yield more achievements. At the end of this year, Tencent Comics plans to cooperate with the Dunhuang?Academy to rearrange the “Sutra illustration” into comics, so as to tell the stories of the “Sutra illustration” in the form of comic strips. On the basis of the caisson art in the Dunhuang murals, Tencent Neo-Culture Creativity will call for users to design creative silk scarves though online interaction, bringing the Dunhuang art of the greatest cultural and historical values to the public in a brand new form.

The booming Internet technology and the new trend in digital culture and creativity have opened up new possibilities to reinvigorate the traditional culture. On December?29, 2017, Tencent and Dunhuang Academy entered into the strategic cooperation. As an Internet-ba